It's true that, in the context of business, what others say about you is far more important than anything you say about yourself.

I believe that my customers are my best form of advertising. It's for this reason I asked a few of my customers if they'd be willing to write me a 'Testimonial'. And as you can see below, thay gladly agreed. 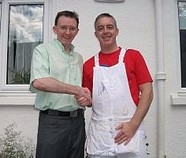 "We had employed a local decorator to redecorate our unusually shaped
hallway, stairs and landing.  Very long narrow and twisty project.

After a week of work, the job still wasn't done, and worse there was now a very visible and ugly seam showing through where he'd tried to do a patch up job.

We had an unpleasant time getting rid of him, and we were left with an unfinished hallway.
A couple of days later I met Charles through my business, and as we got talking on the phone he tells me he's a painter and decorator, coincidence?  Could be...
He came down and gave us a time and cost estimate, but more importantly I just took to the guy - he's such an easygoing, upbeat, chirpy chappy.  So we hired him on the spot.
Charles was not only thorough and easy to deal with, he cleaned up after himself and left us with a brand spanking new hallway with very eye catching wallpaper, fresh ceiling and new coving.
We were so pleased we asked him to redecorate our spare bedroom to turn it into our wee boy's new bedroom.  He's also been back to paint the entire house exterior and revamp the main bedroom, and we've even referred him to my mother to do some decorating for her.
We can wholeheartedly recommend Charles as a painter and decorator.  Just don't be surprised if you find yourself blethering over a mug of tea and a kit Kat..." 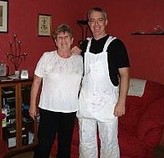 "This is to testify that over the past few years Charles has done a lot of decorating for us. He is excellent at his job as well as being honest and trustworthy.

He tidy’s up after himself and doesn’t leave a mess. He has also done work in our Son’s flat and he is also very pleased." 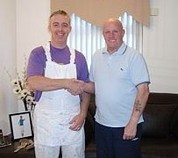 Charles has done continuous decorating for us for quite a number of years now. He is an exceptional worker who is clean and tidy – Highly recommended. 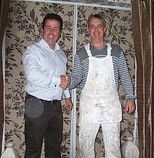 Thank you for decorating our hallway and staircase. We are, yet again, very pleased with the finished result. It makes life much easier dealing with a reliable tradesman who can carry on with a job in a professional manner in our absence. We will be in touch shortly to discuss a budget for our next project. Thanks again."

Some More To Put Your Mind At Ease... 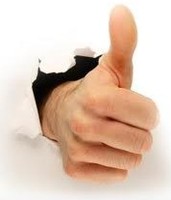 "I have used Charles as my painter and decorator for the last 7 years for business and residential properties and in this time have found him to be reliable, trustworthy and a very able and skilful decorator. I have recommended him to many friends and family who have now the same opinion and would highly recommend him to anyone."

"Having used Charles on many occasions, I would recommend his first class work, attention to detail and all round professional and enthusiastic attitude to the work being carried out."

"Charles was recommended to me by a friend of mine. I was more than satisfied by his highly professional standard of workmanship. I would recommend Charles to anyone."

I would Love To Add You To This List!